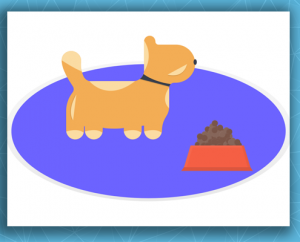 The Fluffy Friends of NephōSec

For better or for worse, the rise of Work From Home has brought many changes to the way that we live.

Instead of hopping in our cars and heading to the office, we walk a couple feet to a home desk. Instead of dropping the kids off at school, we make sure a zoom call is pulled up on a laptop. As our work lives are completely transformed, it is easy to get caught up in longing for what used to be.

So how do we deal with this sudden change? How do we stay sane when we’re juggling deadlines, family members, household projects and more all within the same space?

That’s why we wanted to introduce our pets to the NephōSec community. Read more to see the fun, mischievous, and overall adorable animals that help us help you. 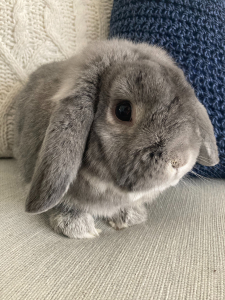 First up, we have McKayl’s English Lop Ear Rabbit named Mumfred. He is a year old and his favorite thing is to dig and play with whicker balls. He is potty trained and is super easy going! The only time Mumfred fusses is if you rearrange the toys in his house. He is a very particular rabbit. His favorite food is Strawberries and he loves to cuddle. 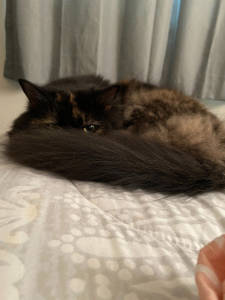 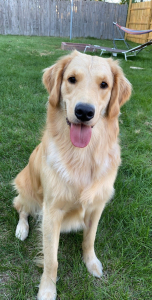 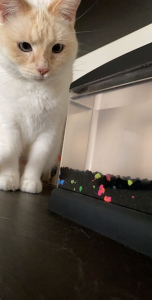 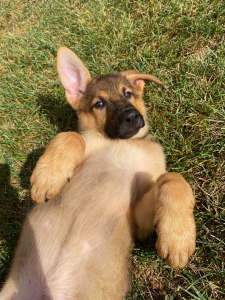 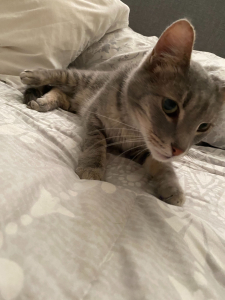 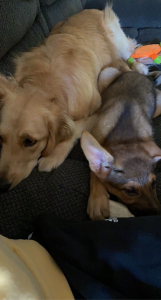 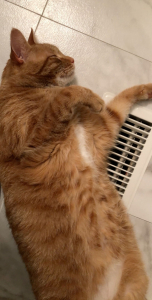 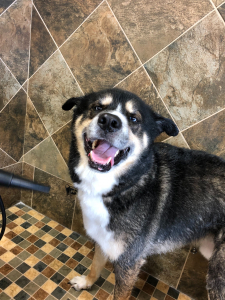 Next we have Shay’s pets.

JiJi, The princess of darkness (the black fluffy cat), looks big and fluffy, but is actually quite small weighing in at 7 pounds, is a sweetie baby who loves to sleep and meows like she is a 100 year old lady. She also loves belly rubs.

Illyasviel (Illya for short), or princess babycat is the white cat. She’s fast… very fast. She loves her dad and pet fish spooky, and is a big grumper butt. She loves licking her humans and sleeping on Shay’s lap.

Gray (Grayboy), is prince of cuddles (the grey cat). He loves cuddling with his humans and playing with babycat, he also had to have all of his teeth removed.

Ino is the Queen of the house. Shes a big lazy  mama cat who literally sleeps 20 hours a day. Shay feeds her exactly the same amount of food as the other cats and she is still our big flabby tabby.

Mira (Golden Puppo), is princess of floopiness aka goldenchildmira on Instagram. She is the biggest, sweetest baby who is entirely food motivated. She ignores her parents seemingly for fun, but loves meeting new people and dogs, and she is very floppy — she will literally roll around and flop all of the time.

Riza is the newest addition to the kingdom and has yet to earn a title. She’s a full blooded German Shepherd who enjoys chewing on Shay’s shoes as well as eating more edible things. She loves her big sister Mira and belly rubs.

Late King Myko, is the smartest and most loving recuse dog ever. Part Husky and part Rotwiler — he was an 84 pound beast of a baby! 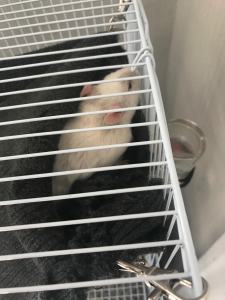 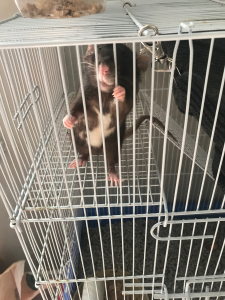 A bit unconditional but important nonetheless, are the rats Rosie and Martha. Maya’s roommate adopted these cuties a year ago and they quickly became a part of the family. Rosie (the white rat) may seem sweet but she’s more spicy than anything — she’s known to bite fingers that get too close to the cage. More often than not, though, Rosie spends her time sleeping. Martha (the brown rat) is the real sweetie and a huge cuddler. She loves to be taken out of the cage and run around the living room, weaving in and out between all of Maya’s roommates. 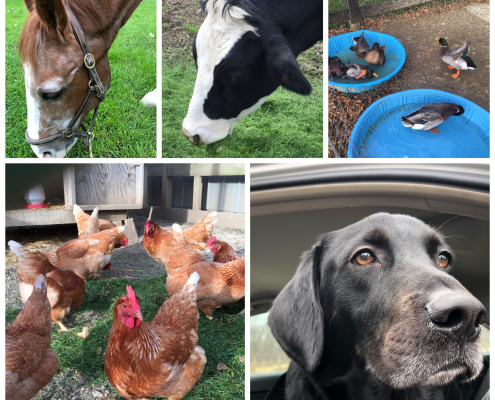 Last but not least is Tara’s “crazy zoo crew”. Going from left to right, her horse TJ, who is 24 year’s young. Tara’s cow Norman, is her gentle giant. Next are her ducks Lenny and Shirley, and their ducklings. Tara’s hens are too many to name and keep them straight, but they still get an honorable mention. Lastly is Fozzie Bear, a rescue from RescuedOhio. Fozzie Bear was his given name and Tara kept it. They name their puppy litters and his litter was the “muppets”.

Want to learn more? Talk with us at contact@nephosec.com  or head over to our “Meet The Team” articles.

CORS Policy and the Imperfections of Cloud
Scroll to top